John Murrell is a member of Halo in Ross on Wye. Having never learned to swim as a child he joined Halo’s adult learn to swim programme. He’s now fitter and enjoying the water. He’s also a pretty good swimmer too. We had a chat with John about his journey.

Since being a baby until the age of 12, John had bronchitis. Bronchitis is an infection of the airways to the lungs which causes breathing difficulty. This would often leave John gasping for breath. At school the pupils would be taken to the local pool for swim lessons, but John would miss these due to his illness. So it went on and John never learned to swim.

As a teenager, John’s friends would get together and go swimming but he couldn’t go with them. He wanted to go - but he couldn’t swim. John was missing out on having fun with his friends.

At age 19 John thought it was time to learn to swim. He went to swimming lessons but didn’t get on with them at all. Being in the water was not enjoyable, and as determined as he was to swim, the lessons fell away and still John couldn’t swim. Looking back, John can see that perhaps it links back to a fear of not being able to breath, which brought back childhood memories of dealing with bronchitis. Whatever it was - it was stopping him getting in the pool.

Turning of the tide

So the swimming issue went away and John went on to have 2 children, a boy and a girl, who both learned to swim without any problem. He then had the pleasure of becoming a grandfather. His grandson, Ted, was starting to get in the pool from a really young age. John really wanted to be in the pool with Ted so was faced with the swimming issue again - only this time he was going to win!

This is it, he thought. I have to do this. So, John signed up came to his first session.

Everybody was really friendly and the staff are all welcoming and have a good laugh with you. John remembers. It’s such a great place to come.

John enjoyed his first lesson. He met lots of great staff and the other people on the lessons were all good fun. He did well and it went brilliantly from there on. Now a year on John has gone from facing a fear of the water to swimming a length using breaststroke. John talks about improving his front crawl and getting the breathing in time with his strokes. He is working on technique and you would never think that he wouldn't even go near a pool a year ago. The difference is amazing.

Not only can John swim, but he feels fitter than ever. He’s also managed to lose 3st in weight and looks brilliant. John has a swim membership and comes 3 times a week and manages to fit in some workouts too. He really enjoys the water and can’t wait to get back in the pool and spend time with his grandson, Ted.

So what would John say to someone thinking about lessons?

Just do it - you’ll never look back. The mantra I use is “It’s ok to try and fail, but never fail to try”. The social side of the lessons is excellent fun - much better than going to the pub and better for you too. It’s so friendly here and everybody gets on and chats to each other. I learn to swim, I get fit, I make friends and I have a great time doing so.

We are so proud to have been part of John’s journey into the pool. If you have been inspired by John’s story and want to get in the pool and enjoy being in the water - we can help. Contact your nearest Halo pool - it’s never too late. 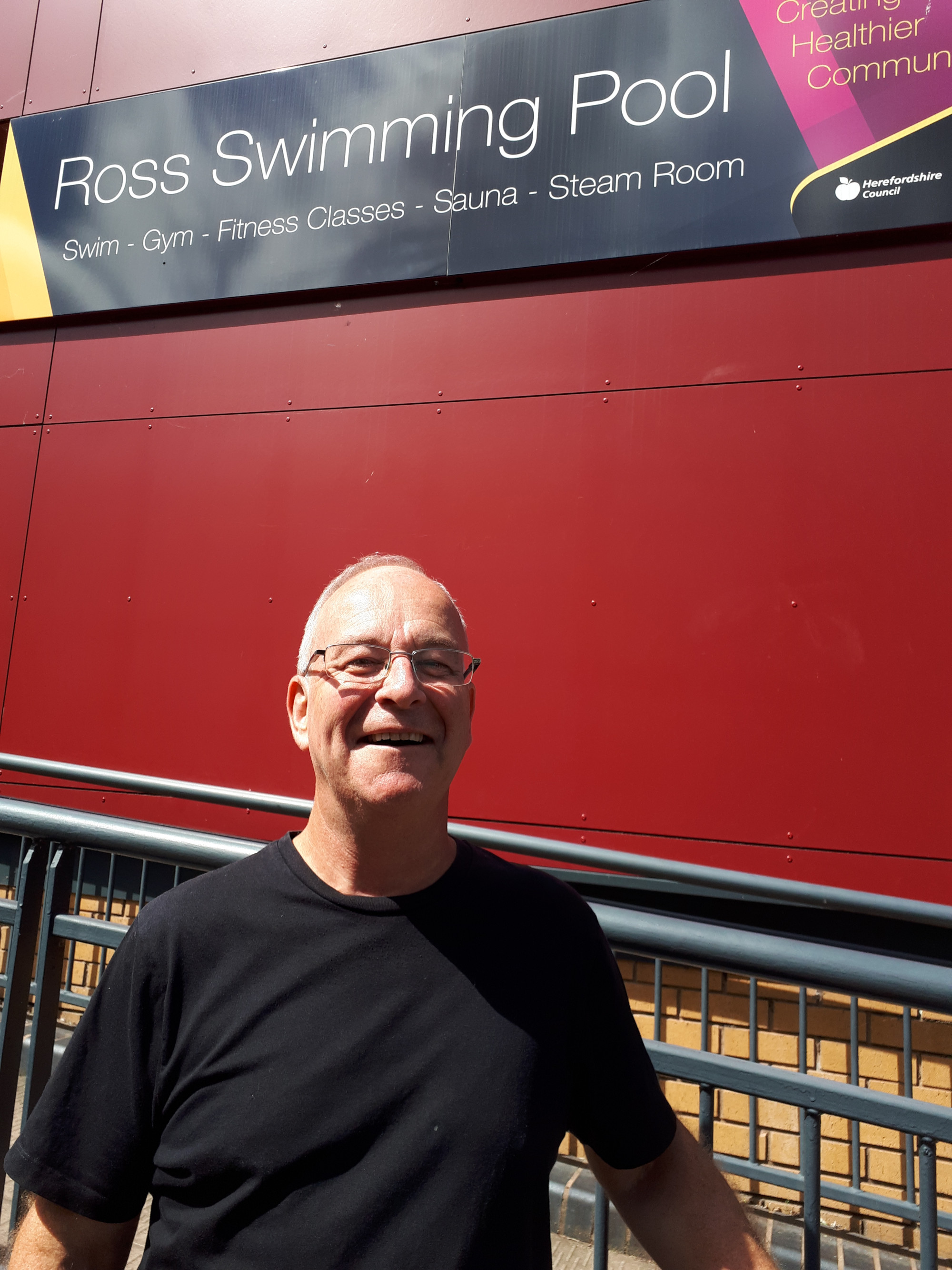